8 min readHow Do I Handle A Toxic Team Member?

What is a toxic team member?

We are often asked questions by dental professionals who are at a loss for what to do about a problem that isn’t exclusive to dentistry. Inevitably, the questions are: “What do I do about a team member who is resistant to change and affecting the rest of the team? What do I do when the resistance of that team member has become toxic?

In some instances, the effects of one team member’s behavior become pervasive, infecting the entire team and the practice culture as a whole. Solving the dilemma this presents isn’t as simple as firing that team member and moving on, either.

The Effects of a Toxic Behavior from Team Members

In a study by Michael Housman and Dylan Minor at Harvard Business School (you can view and download the study here), a toxic worker was defined as “a worker that engages in behavior that is harmful to an organization, including either its property or people.”

Having a person on your team that reflects that definition of behavior can cause detrimental results in your practice, including:

How to Overcome a Toxic Situation

Getting yourself and your team back on course is paramount to your practice’s success. How do you manage to course correct without making the situation worse? Here are three tips to help you walk through this experience with your team and come out better for it on the other side.

One of the most common responses to a negative employee or team member is no response at all—avoidance. Of course, we’d all like to avoid conflict as much as possible. If you are in a leadership position, however, you’re the person who must lead the way through this situation. So no response isn’t an option.

The first step to take is to take stock of the situation. It’s important that you get clear on the toxic behavior of the team member and the specific impact it is having on the rest of your team or your business. Once you see the far-reaching effects, it’s time to clearly communicate this to that team member through a very crucial conversation. Together, through active listening and effective problem solving, you want to discuss options to move forward.

I always advocate for giving a team member the chance and the choice to either change their behavior or not, which will lead to further conversations down the road. I also advocate for doing so smartly; documentation of this conversation is important as well as documentation of agreement to move forward in a positive manner. You must meet the issue of negativity attitude head-on.

If there is a hope and a future with this team member, it is important to communicate in this conversation that you WANT them to be successful, you WANT your working relationship to work and you WANT to work with them to make it a more positive experience for everyone. We are all more motivated by positive, rewarding environments and what’s in it for us. So work to uncover the root cause of the negativity, and work together to see if improvement is possible. Make it clear that you have their best interests at heart, but that the negative behavior must change and will not be tolerated.

If toxicity is running rampant in your practice, it’s time to set boundaries. It’s important to draw the line in the sand of what is acceptable and what is not acceptable moving forward and to clearly communicate this to your entire team—repeatedly. Everyone needs to be on the same page of where you are going as a team in terms of the culture and attitude of the practice. Everyone needs to understand what is expected of them in their role, and then it is up to you and team leaders to hold everyone accountable to those expectations. Accountability is a critical core factor in effective leadership.

Choosing not to hold the one negative force accountable to the same standard ends up punishing the high-performing and positive contributors on your team. This, in turn, becomes a demotivator and you are at risk of losing superstars because of that one person and your response to the situation.

Often, we as leaders delay these important conversations and decisions because of fear—what if someone leaves, what if they object, who would we find to replace them, would their replacement be any better, and so on. Fear is a paralyzing agent if we let it be.

As a fellow business owner and leader, some of my most painful lessons have come from holding on to a work relationship long after it was obvious it wasn’t a good fit. I’ve been in your shoes. What I’ve learned is that often, we as leaders aren’t objectively viewing the situation for what it is. We hold on due to fear and misperceptions.

For example, we may perceive that the team member behaving negatively is good at their job when in fact, their work performance is nowhere near what you think it is or what it once was. Unfortunately, you probably won’t realize this fully until you do let that person go. It’s hard to see in the moment that the price of their continued negativity is almost always more costly than the rewards of holding on. And the cleanup in the aftermath can be just as painful as the separation when you make the choice to delay the inevitable.

If you had to let that team member go, it’s paramount that you talk to your team once again about the culture you’re trying to build within the practice. Outline your vision for the practice and invite them to be a part of this endeavor by asking for their thoughtful participation. Ask for suggestions for team building activities, for example. Let them know there will be a sheet of paper in the office waiting for their suggestions. Repair the damage that’s been done.

Take the opportunity to give your team your attention individually. Check-in with them to see how they’re doing. Go into these check-ins knowing you aren’t the only one who will have mixed feelings about the unavoidable firing of the negative team member. Sometimes you’ll discover your team isn’t completely clear why that person was let go, and they may be wondering if they’re next. Other times you’ll discover relief that the negative influence is gone, but there are past hurts that your team member still needs to unpack. Your thoughtfulness in having a one-on-one conversation to ask them how they’re doing will reassure them that you care, you’re paying attention, and they’re still a valuable member of the team.

You may be reading this and thinking, “But, I’m not the owner, what do I do from my position?” You can lead this shift from where you are by being a champion for the high road. How do you do that?

1. Do not participate in negative gossip or conversations.

If you find yourself caught in this drama cycle of negativity, encourage the person initiating it to go to the source or make the statement that you will not participate in such conversations any longer.

Champion your team toward positive work partnerships, positive initiative, and forward-thinking professionalism. Starve the negativity so that it has no place to take root and thrive in your workplace.

3. The behavior is toxic, not the person.

Remember, it’s not the the team member that’s toxic, it’s their behavior. Give them the chance to make the choice to change the negative behavior, but hold them accountable to what is communicated and don’t delay if that agreement is broken.

When standing in the space of uncertainty, ask yourself the following:

Repetitive negative behavior AFTER constructive conversations have taken place is a huge red flag. In the end, if they choose not to change their mindset and behavior in the practice, you must make the decision that is the best for the team and the business as a whole. As the study by Harvard Business School shared, it’s better to be free of the negative forces on your team than to have even one superstar! That speaks volumes to the impact toxicity has on the health and happiness of your practicing life.

Doing nothing is not a solution.

Indecision is, in the end, a decision. Have the conversations you know you need to have. Encourage and expect improvement and change. If they choose not to shift, make the decision necessary to keep you and your team thriving. There is no room for toxicity in a high-performing dental team. 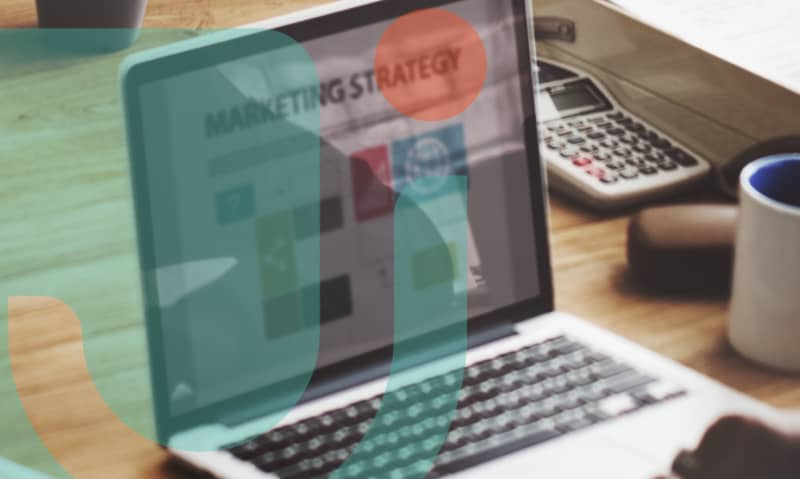 5 of the Best Apps for Dentists

Episode 139: The Team Approach to the Patient Practice Partnership

Episode 137: How to Beat the Slump and Win Your Practice Vision

Episode 138: The Power of Photography in Your Practice

Oops! We could not locate your form.

As with everything on the business side of dentistry, leadership isn’t something that is taught or frequently discussed in dental school, yet here you are leading a team of dental professionals toward your vision and goals for your practice. Are you feeling stuck or overwhelmed? Through effective support in Jameson coaching and through regularly held Jameson Leadership symposiums, we can help you develop your skills as a business owner and leader so that you can create an all-star team of leaders on your team that are cohesively working toward a common set of goals.

At Jameson, our mission is to help dentists and teams become more productive, more profitable, and ultimately more fulfilled in their practicing lives. Through in-office business and hygiene coaching to full-service marketing, our team at Jameson has your overall productivity and profitability in mind as we work to build your practice up with strong foundations for growth through comprehensive coaching and marketing support. Let us help you pursue and achieve your ideal practice vision. Contact us to schedule a complimentary Jameson Discovery Call today!

In any business, the key to consistent, steady growth is through the retention of the patients/customers/clients you already have and building from there. Do you have systems in place that builds loyalty in your patient family? Are you effectively communicating and building value for appointments and for continuous care so that your patients not only schedule appointments but also keep them? Let the Jameson advisors help you and your team elevate your communication, scheduling, retention and customer service skills so that you can build your practice more effectively from within.

Most dental practices have more dentistry diagnosed and unscheduled with their patient family than could ever be delivered in a year – or sometimes in 10 years! This is a tell-tale sign of the importance of excellence in case presentation and the new patient experience.  Through your work with a Jameson advisor, you and your team will not only learn how to communicate to patients more effectively regarding their care, but incorporate processes that will help your patients say YES more frequently to the dentistry they want and/or need.

Is your hygiene department as productive as it could be? Are your patients staying consistently active in their continuous care? Jameson’s hygiene coaching provides you with detailed clinical coaching, communications skills coaching and process development for the entire team so that your hygiene department can thrive! Jameson practices on average see an over 40% increase in hygiene production alone through the implementation of Jameson hygiene systems and skills.

One of the most commonly shared areas of need in dental practices we speak with is the need for the implementation of or the streamlining of practice systems. In both your business and hygiene departments, the success of your practice is in direct proportion to the success of your systems!  Jameson’s method of in-office and virtual coaching helps you and your team develop stronger, more consistent and more effective systems – from scheduling and case presentation to hygiene retention and collections – so that you can have a healthier, happier practice.